In February 2013 the U.S. Board on Geographic Names officially recognized Troth Yeddha’ as the name of the ridge on which the Fairbanks campus sits. In the Lower Tanana Athabascan language, this name means “Indian potato ridge” and refers to the plant with an edible root — Hedysarum alpinum — that is a traditional food for Native people throughout Alaska.

In 1994, the late Chief Peter John of Minto said Athabascan people long ago would gather on Troth Yeddha’ to talk and advise one another. When they learned this place would be used for a university, he said, they decided that the school would carry on a traditional use of this hill — a place for thinking and working together.

In recent years, numerous facts about the Chena Athabascans of Troth Yeddha’ have been assembled. Until the 1840s, a small village was located near a pond at the base of the ridge, where the UAF Physical Plant building is now. Athabascan place names for the nearby lakes and streams, some of which incorporate the ridge’s name, have also been identified.

UAF celebrates and honors the historical place of Alaska’s first peoples. In 2008, the UA Board of Regents set aside seven acres next to the UA Museum of the North as Troth Yeddha’ Park. The park is a venue to recognize the rich cultures of Alaska Natives and their presence on the Fairbanks campus. 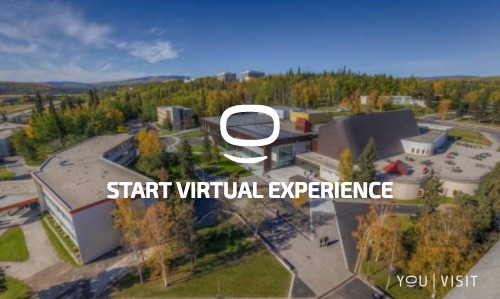